/
Blog
/
Use your No to guard your Yes
Remote Work

Use your No to guard your Yes

Why saying no is essential if you're going to make your yes count. 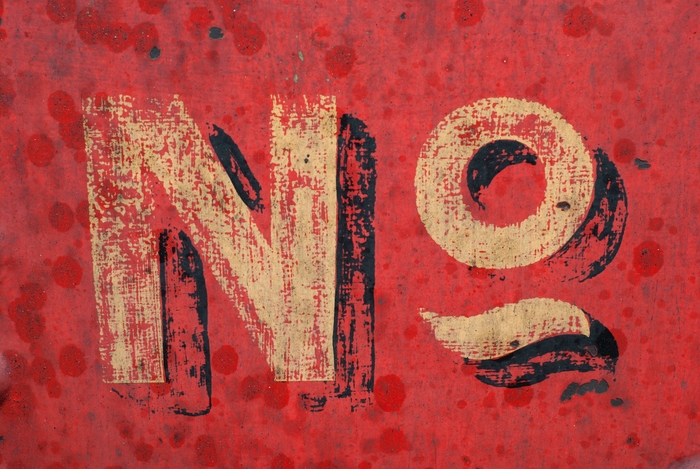 "Use your no to guard your yes" is almost like my mantra. I have repeated it automatically in many contexts and upon reflection, I've started to realize how powerful it has been for my life. I've also started to see how it seems to resonate with people. I was on a call a couple of weeks ago and blurted it out like I always do and the person on the other end said "That's pretty good, you should put it on a t-shirt or something." I didn't think too much of it at the time, but since then I've decided I should share my experience with this concept in case it resonates with other people out there. It's unlocked a lot of value for me and I want to be able to share that with others.

The idea is that the word yes has immense value and has to be protected. I've learned that every time I say yes to something, I implicitly say no to 1,000 other things. The true cost of saying yes to something is the opportunity cost of what I'm giving up. When I'm presented a potential opportunity I try to ask myself "What else could I do with that time, money and energy? Is there a better opportunity out there that I should wait for?" When I remember to ask this question I've found that I gain a lot of clarity and I say no in a lot of situations where I would've defaulted to yes. Personally, this is a big deal. I highly value integrity which I define as letting my yes mean yes and my no mean no. The only way I can reliably do that is if I count the cost of saying yes before I answer.

Protecting my yes is really another way of saying I protect my time. I believe that time is the most valuable asset in life. You can get more money. You can replenish your energy. Even friends come and go. Time is the only thing that once it's spent, is gone forever. There's no way to acquire more of it and you don't know how much time you have. Using your no to protect your yes is all about guarding your time. This leads to an important concept of what I call time liquidity. Just like you want to have monetary liquidity to buy assets when they are cheap, you want want to have time liquidity to say yes to great opportunities when they present themselves. Being able to jump at the right opportunity and say yes when it comes along is enabled by first saying no to most things before that.

Another advantage of time liquidity is that it creates blank space. I've found that my best thinking and decision making comes from having blank space in my day. I used to be involved in everything in this company. Now, that was fine when we were small and everyone had to do a bit of everything to survive. However, as we've grown, one of the things that has unlocked more value in my work is actively saying no to things and getting more focused. It was a difficult transition to go from actively being involved in the day-to-day of every aspect of the business, to withdrawing to a very narrow focus. The payoff has been deeper understanding, better execution and clarity of thought. It's also something I encourage my team members to do. Sometimes that means they tell me no when I come to them with an idea. I've seen how creating an environment where it's safe for them to tell me no has freed them up to do their best work and made them happier in their jobs.

I've gotten pretty good at knowing when to say yes or no on the big things. Whenever there's a large investment of time, money or energy required for something I have a natural tendency to evaluate it. However, the small things still trip me up. For example, as I was writing this post I got an email from our marketing manager asking if she thought we should pay for a job post on Lenny Rachitsky's new job board. Lenny has built a great audience off the back of fantastic content, so it seemed like an easy yes which is how I replied to the email. However, looking back on it, I realize I failed to actually count the cost. What else could be done with that money? Are there potentially better opportunities that could be invested in? Is there a scenario where I could regret having spent that money a week from now? By not asking those questions before I answered I undermined my own integrity. This is a really small example, but I've found that saying yes to the small things starts to accumulate and have an oversized impact over time. It's a death by a thousand cuts.

How I Practice Saying No

Saying no can be hard. Even as someone who is pretty assertive, there are certain people I just find it hard to say no to. In order to practice it I've adopted a couple of habits. First, my default response to most things is "Let me think about it." This is a form of saying no temporarily to buy myself time. Second, I have a heuristic called the 48 hour rule: If something is really a good idea, it will still seem like a good idea 48 hours from now. Once the 48 hours passes it is much easier to say yes or no since I've given myself the luxury of time to think it through. What has been really powerful for me is seeing the number of things that seemed like good ideas in the moment and looked terrible after 48 hours. It's an enormous number. Practicing that has really taught me how rare truly good opportunities and ideas are and why it's important for me to stay time liquid.

One thing that I've heard from friends and family as I've talked to them about this concept is that they feel bad saying no. They are worried that saying no makes them mean or will hurt the other person's feelings. That worry has typically arisen from past interactions they've had where someone reacted negatively towards them saying no. In my experience, anyone that gets mad at you for saying no is toxic. They think they know better than you what your time is worth and how to live your life. Saying no is a totally normal and healthy thing to do. If someone cannot accept your no, you probably want to re-evaluate that relationship.

Using your no to protect your yes has become a fundamental principle for me. I've become something of an evangelist for the idea to anyone who will listen. It's been very cool to see friends and family start to do it and experience the freedom that it has brought them in their relationships. If saying no is something you struggle with I would encourage you to practice it. I truly believe it is a key to living a healthier life.